The process of making “Soldier kicks Soldier” involved commenting on the geography of Turkey where military service is mandatory.  As a woman who does not have the military service obligation, the photograph was interpreted through the experience of being an outsider to this particular form of community. The faces as the identifying elements of the photograph were covered by black tape to underline the important subject in the photograph, rather than their identities as soldiers. It sufficed to see the uniform that denoted the condition of being a soldier. In this small, anonymous military photo, a soldier jokingly kicks another soldier as they pose for the camera. In the process of transforming the photograph of a moment, the kicking foot was abstracted to the point of being almost completely deformed, thus concealing the violence of this particular pose. 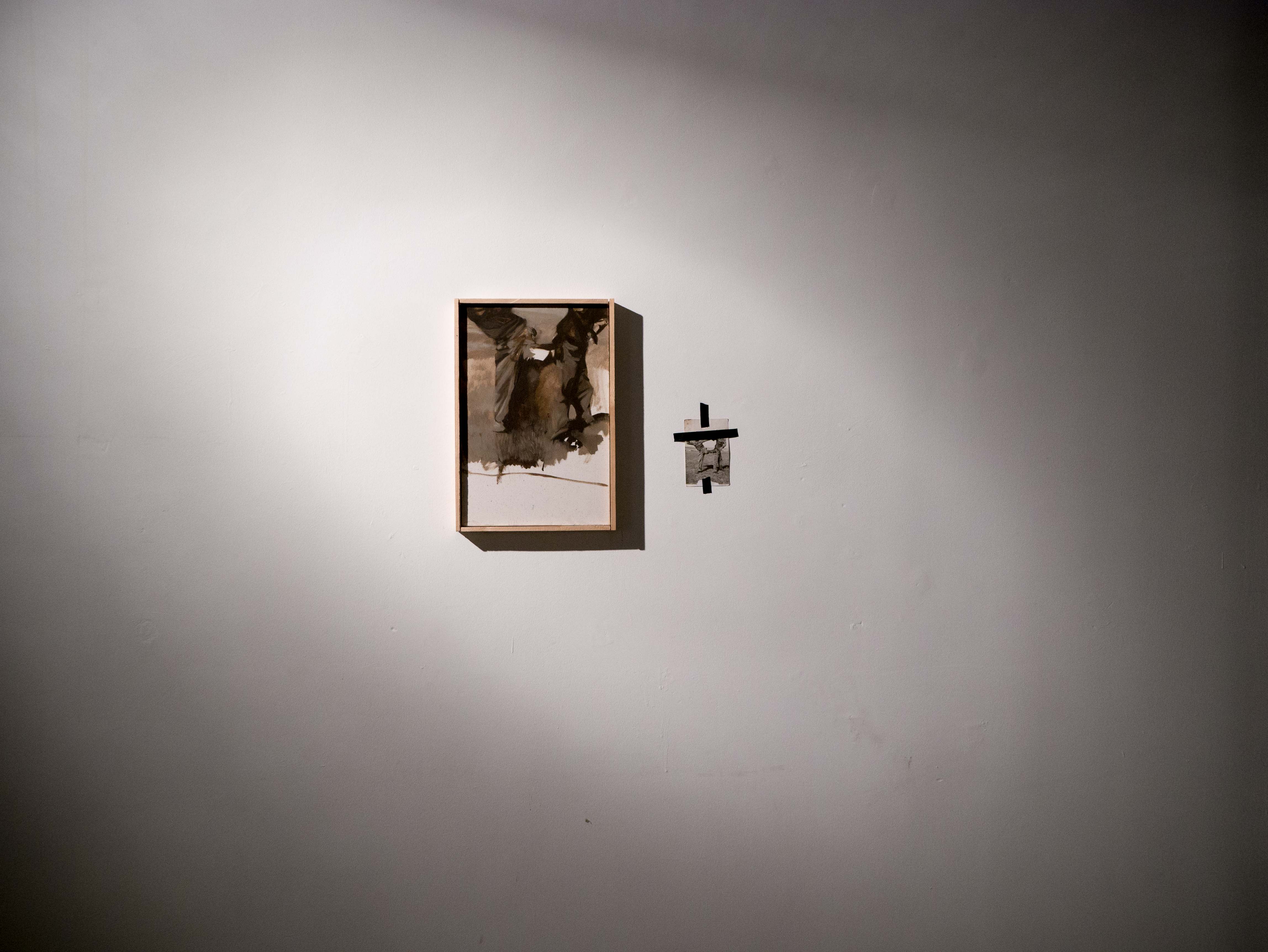 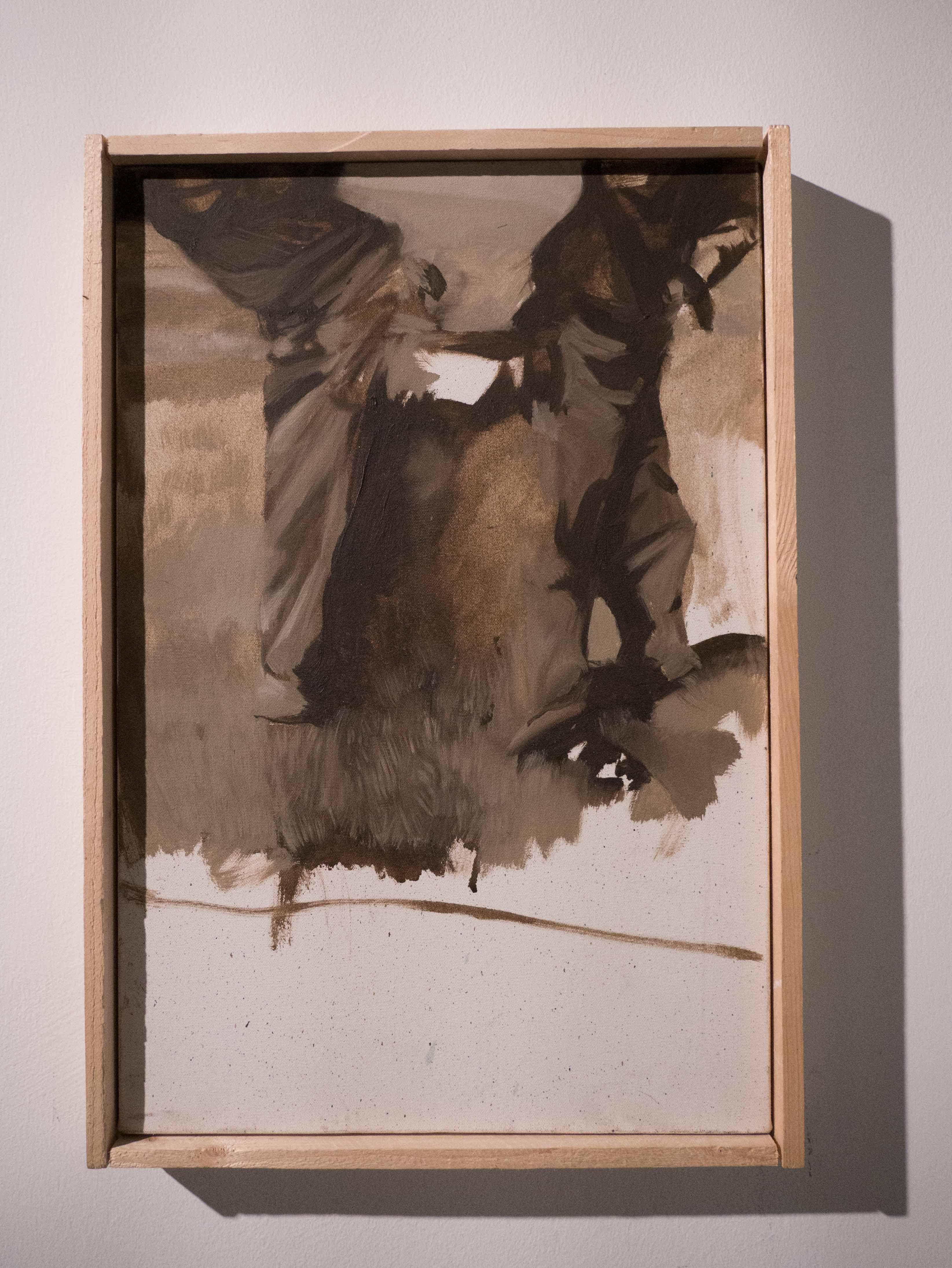 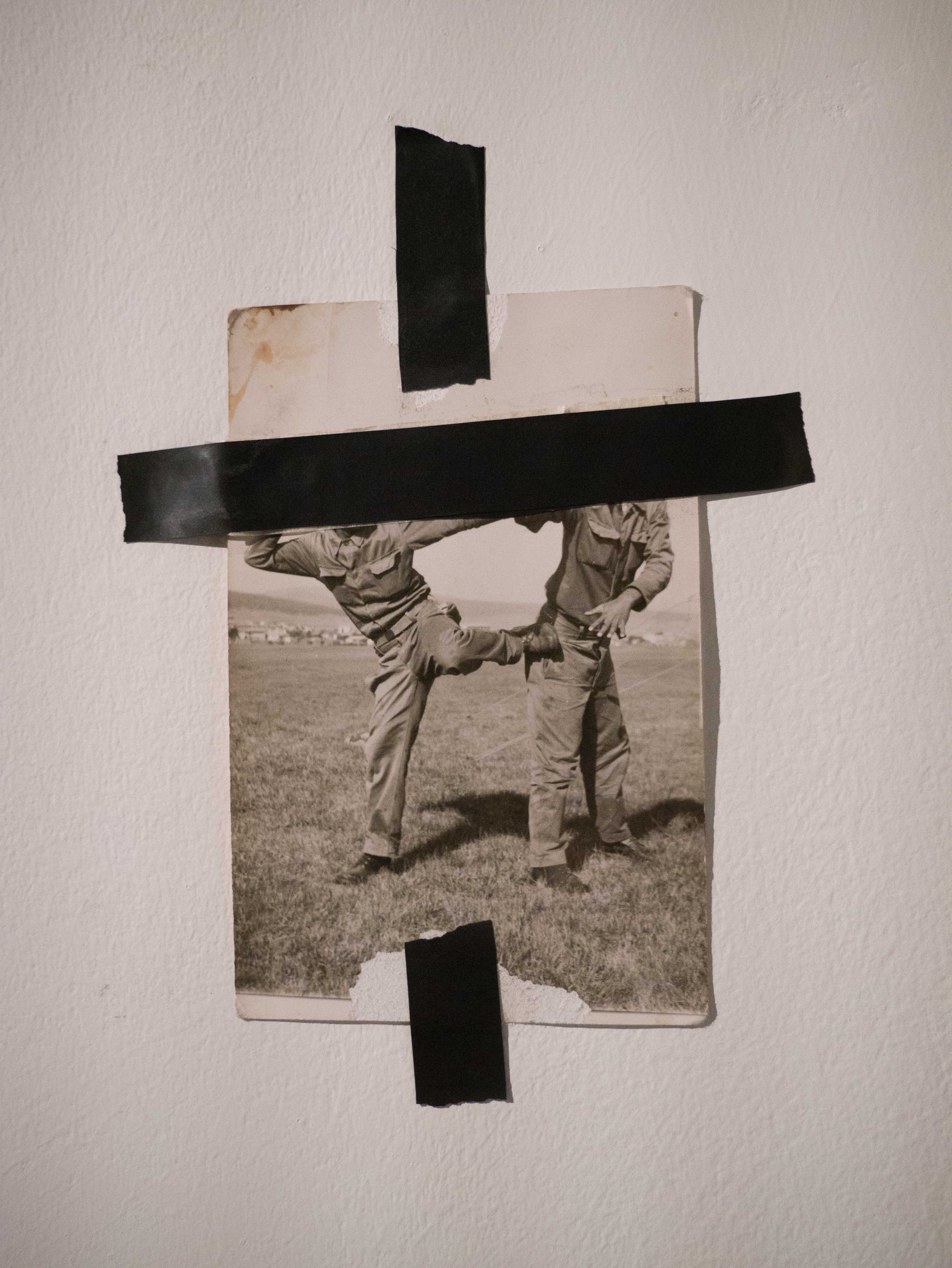