Statesman work inspired by Franz Kafka’s In the Penal Colony. The found photograph is wrapped with a thin wire; the face of the portrait is burned with the help of a candle and heedlessly nailed to a wall. Following this interference to the photograph, the same photograph is painted in a monochrome color and both are displayed on the same wall. While a hole has been created in the face section of the photograph by candlelight, the face section of the painting on the right is concealed using paint, leaving only the official badge on the hat and the white necktie. The anonymization (the act of painting or not painting certain parts) applied to the faces also re-occurs in hats and ties that represent the soldier. Since these parts of the soldiers’ uniforms denote rank and identity, stripping the final painting of these markings of the individual within the hierarchy of the army is an important gesture in the process of the work: looking at forms of hierarchy through the prism of ambiguity in their relationships to violence. 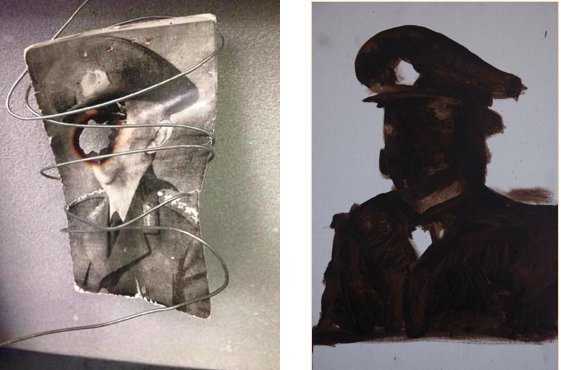 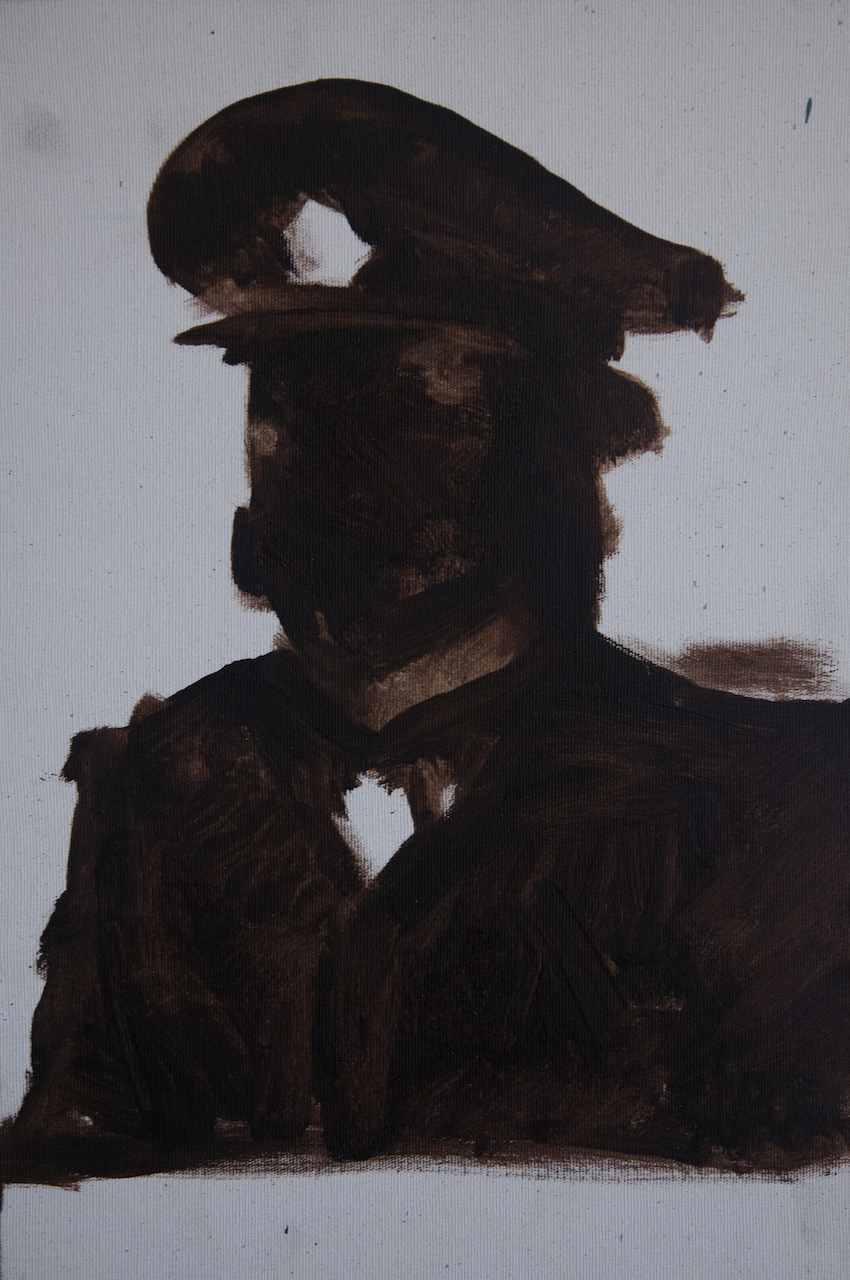 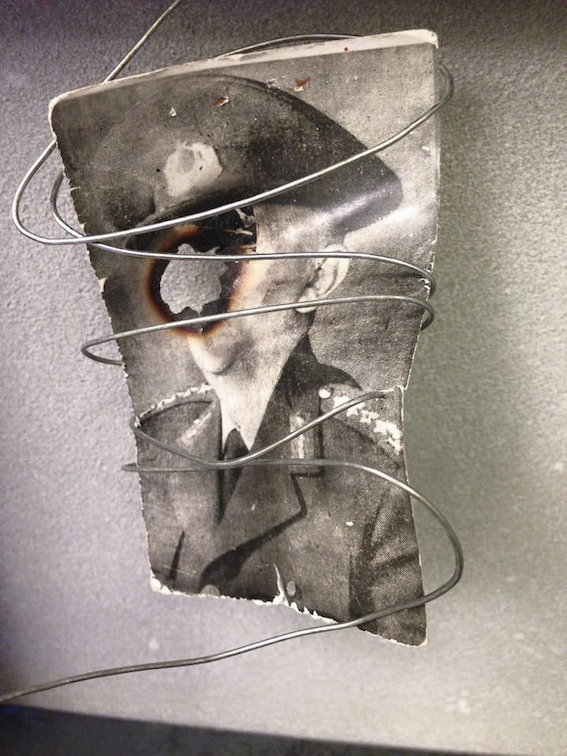